Supported by the Ministry of Science and Technology, Republic of Srpska

The research subject is gene pool of autochthonous and domesticated varieties of fruit trees in order to determinate genotypes that are carrying genes important for the modern concept of integrated and organic fruit production. Preservation of germplasm is essential for the successful creation of new and improved genotypes resistant to the agents of disease, pests and environmental stresses, which will best meet the needs for fruits, for the present and future generations (Mratinić, Kojic 1998).

Germplasm of fruit trees make each individual, or clone, which represents a genotype, variety, species or culture of in situ or of ex situ collections (FAO, 2001a). Indigenous varieties and wild species of fruit trees are the main fruit germplasm. We analyzed fruit germplasm originating from the less populated rural areas and border areas of forest. For certain genotypes (accessions), the following will be done: the passport descriptors, collection lists and characterization according to the scientific standards for the documentation of plant genetic resources, published by Bioversity International (since 2006.,  earlier-the IBPGR International Board for Plant Genetic Resources 1974-1991; then IPGRI - International Plant Genetic Resources Institute 1991-2006), which provides an international format and universally understandable language for data on plant genetic resources.

This research will cover the most important fruit species germplasm. Indigenous varieties of apple, pear, plum and cherry will be analyzed, and as a control will be analyzed five commercial varieties of this species. From the wild fruit trees the priority species are: wild cherry, European (sweet) chestnut, walnut, cherry plum, wild pear, rowan and cornelian. The aim of research is characterization (morphological and molecular) of germplasm of fruit from the Republic of Srpska and establishment of collection plantations. This will create a fundamental basis for the selection and breeding, and the creation of new genotypes of fruit trees whose main advantage, apart from commercial pomological characteristics, will be biological adaptability to be grown in certain environmental conditions, as the host of this gene pool. The aim of the research was to establish the relationship between the phenotypic and morphological and genetic and molecular characterization, and identification of potential duplicates in the collection.

The study was planned to be carried out in 4 years (stages). 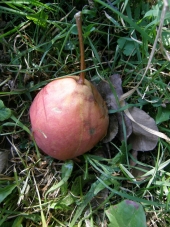